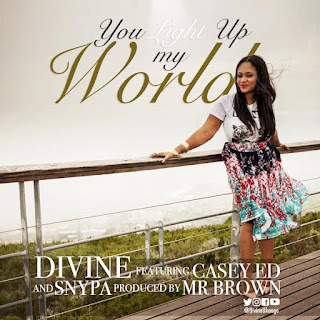 Divine drops a new song – ‘You Light Up My World’ featuring Casey Ed and Snypa.

Gospel artiste – Divine who started her career in 2013 with her hit single – ‘You Are’. Since then she has released multiple singles like – ‘Born to Win’, ‘Idimma’, ‘Ihe Nile’ and the list goes on.
In January of 2017 she released her debut album titled – ‘The Fire’ to much acclaim and has been souring ever since.

Her latest song right here – ‘You Light Up My World’ is an inspirational Reggae piece off her debut album.